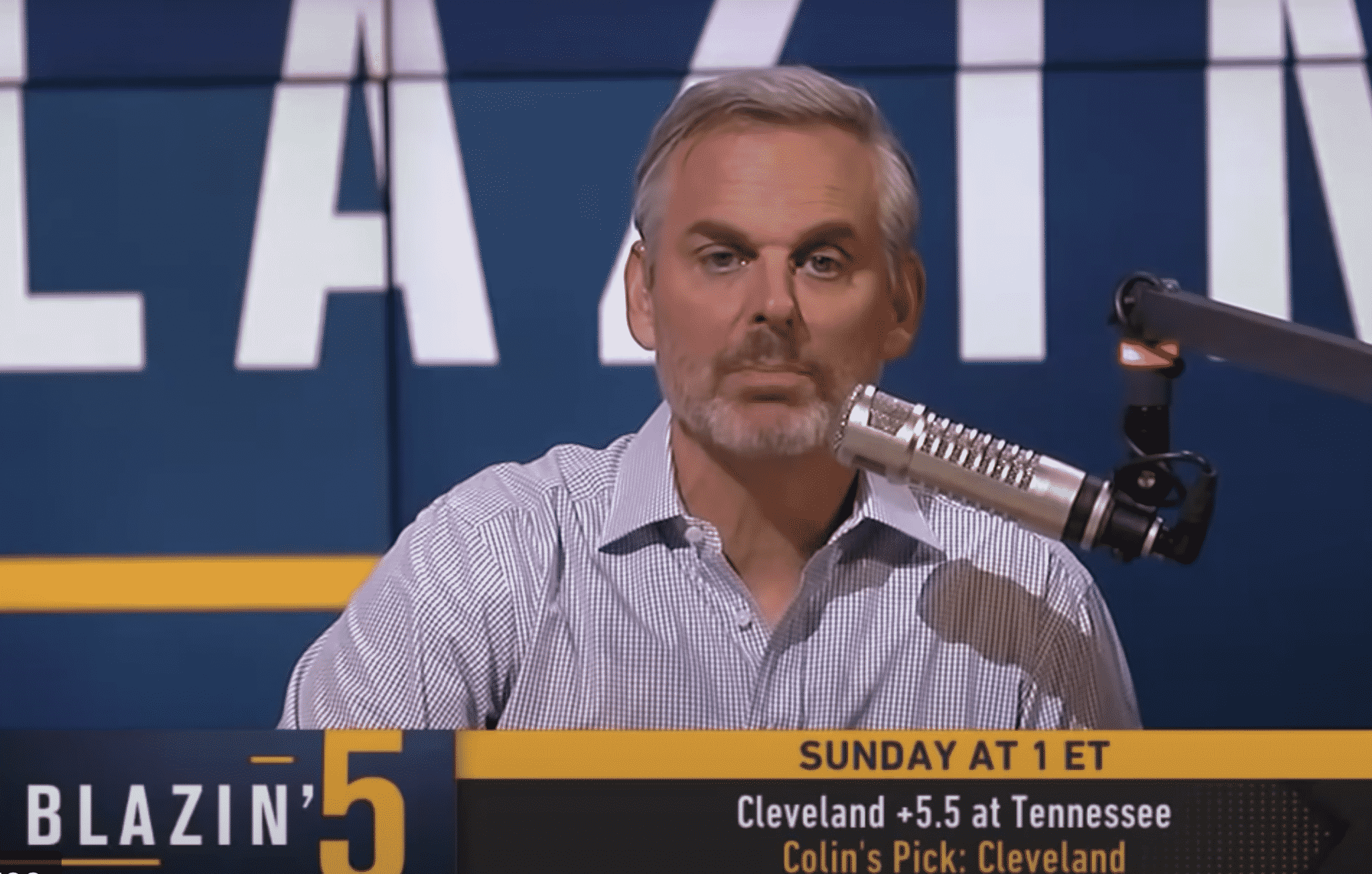 Colin Cowherd has released his “Blazing 5 Picks” ahead of a packed Week 13 slate of NFL games.

Colin Cowherd has made his picks and predictions for NFL Week 13 action. These are his against the spread picks.

Colin likes the Titans overall, but he believes Tennessee’s victory over the Colts has seen the line shift disproportionately.

The Browns sport the league’s best rushing offense with a dynamic duo of Nick Chubb and Kareem Hunt. Chubb has gone over 100 rushing yards in five straight games. Cleveland is 6-1 in games in which Chubb has played and just 2-2 without him in the lineup. The team averages nearly six more points per game with Chubb playing and a 104.5 rushing yard increase in those games. Plus, all 11 rushing TDs scored by Cleveland have come in Chubb’s seven games.

Tennessee’s defense has been atrocious on third down this season and a league-worst 29 sacks, which could lead to an increasing comfortability in the pocket for Baker Mayfield. That bodes well for Cleveland, as the Browns are 8-0 this season when Mayfield has posted a passer rating over 70.

Colin doesn’t think Cleveland will win, but believes it will be close.

Colin notes that while the Rams lost to San Francisco, they’re 0-4 against the 49ers in their past four matchups, which he writes off as a bad matchup for the Rams.

The Rams have gone 6-0 against the Cardinals since Sean McVay took over as head coach. Kyler Murray has struggled in two previous matchups against McVay’s Rams and Jalen Ramsey has proven to be DeAndre Hopkins’ kryptonite.

Colin’s third pick of the week based on Bill Belichick’s success against rookie quarterbacks. Rookie QBs are 5-20 against Bill-Belichick-led squads, posting a woeful 136.4 passing yards per game with an average passer rating of 62.5 and a 53.0% completion percentage. Belichick is 7-0 in his past seven games against rookie QBs.

The Patriots defense has allowed just one quarterback to rack up 300+ yards this season. It hasn’t been the typical dominant season from the Pats, but Cowherd points out that New England was a fumble away from OT against Buffalo.

Cowherd knows this one feels gross at first, but has logic behind his pick. The Eagles have been ahead or within one possession in the fourth quarter of every single game this year. This includes Pittsburgh, Baltimore, and a late cover against Baltimore.

The Eagles defense is tied for the second-most sacks in the league (36.0) and ranks fifth in 3rd down percentage (36.9%) and yards per play allowed (5.04). Philadelphia is 7-3 against the spread in their past ten games as an underdog of 6+ points.

Colin thinks the Eagles will create an uncomfortable situation for Aaron Rodgers and make this an ugly game.

Colin’s final pick of the week is based in part on a running discrepancy. Buffalo’s defense has been suspect against the run, allowing 129.6 rushing yards per game (25th) and 16 rushing TDs (T-29th). They’ve also been gashed in the passing game, allowing 4.69 yards per catch (27th in the NFL).

The 49ers have been getting healthier with the returns of Raheem Mostert, Deebo Samuel, and Richard Sherman. Wideout Brandon Aiyuk is scheduled to return this week, providing some much-needed help in the passing game.

Colin believes that San Francisco’s sense of urgency -with their season effectively on the line- combined with Buffalo traveling cross-country makes this a safe bet.