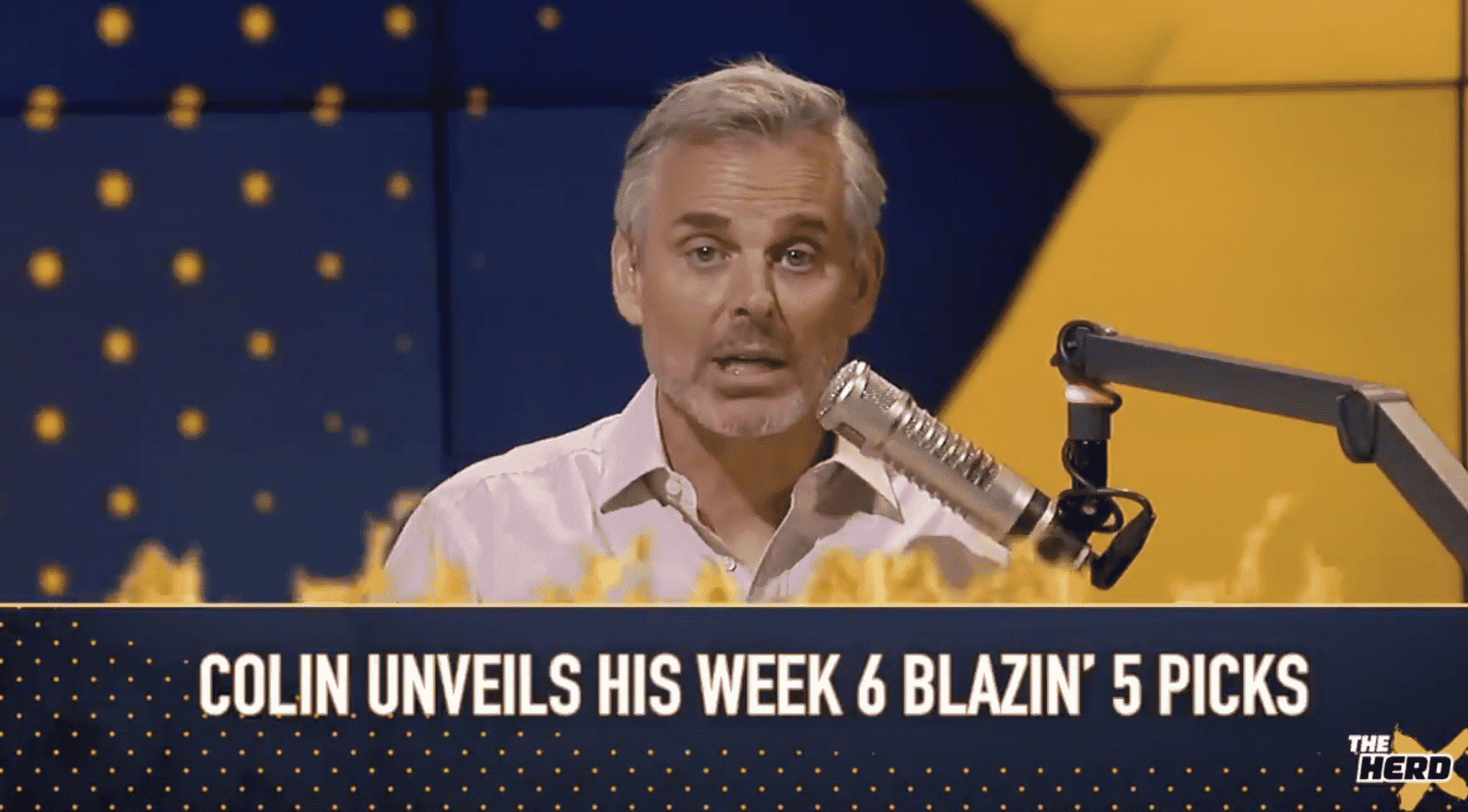 Colin Cowherd has released his “Blazin’ 5 Picks” ahead of a packed Week 6 slate of NFL games.

Colin Cowherd has made his picks and predictions for NFL Week 6 action. These are his against the spread picks.

The 4-0 Pittsburgh Steelers will play host to the 4-1 Cleveland Browns and with QB Baker Mayfield at less than 100%, Cowherd believes a conservative gameplan will be implemented by head coach Kevin Stefanski.

Ben Roethlisberger has been lights-out in his career against the Browns, particularly at home, where’s he’s 11-0 against Cleveland. Big Ben has racked up 21 touchdowns to 11 interceptions and has completed 65.8% of his passes in those games to the tune of a 103.5 passer rating. This season, the future Hall of Fame QB has completed a career-high 69.9% of his passes and his 110.4 passer rating is the highest of his career as well.

Defensively, the Steelers lead the NFL with 20 sacks and 70 QB pressures. With an excellent rush defense, expect Pittsburgh to make Mayfield’s life miserable.

You can get Pittsburgh (-4) at -110 at FOX Bet if you want to play it conservatively, but if you agree with Cowherd’s 7-point prediction, you can get in on the action at +135.

Cowherd doesn’t just like the Patriots to win. He loves the Patriots to win by double digits. Bill Belichek teams have wrecked rookie quarterbacks throughout his tenure with the Patriots and Denver has been absolutely dreadful in their last five meetings in New England dating back to 2008.

Not only are the Patriots undefeated at home in their last five games against the Broncos, they’ve been dominant. New England has averaged 38/8 points and 439.0 yards per game over that stretch, winning by a combined 104 points. The key? A +8 turnover differential in the Patriots’ favor.

"It's time to get my act together." @ColinCowherd looks to bounce back. Week 6 Blazin' 5 is here: pic.twitter.com/wTSGcHWTUx

This “Battle of the Birds” comes down to the turnover battle. While the Eagles have struggled to create game-changing, momentum-swinging moments over the past two years via the turnover, Baltimore’s defense has been lethal.

The Ravens’ defense has forced the second-most turnovers in the league (10), while allowing the fewest points per game (15.2), as well as the fifth-fewest yards per play (5.03). Eagles QB Carson Wentz is going to have to keep his head on a swivel as the Ravens have gotten to the quarterback 16 times thus far this season, fifth-most in the NFL.

Additionally, dating back to the start of the 2019-20 season, the Ravens have won 13 games by 14 points or more. If Carson Wentz’s turnover issues continue, this one could get ugly.

Get a $1,000 risk-free first bet and the Chiefs to win at 25-1 odds this week at FanDuel Sportsbook right here.

Colin Cowherd believes this game will be won in the trenches, where teams have struggled to get to Packers QB Aaron Rodgers, while the Pack have had plenty of success breaking through defensively.

How good has Rodgers been this season? One could argue he’s playing some of the best football of his career. He’s recorded 13 touchdowns and hasn’t thrown a single interception, while averaging the league’s third-most passing yards per game (303.5) and the second-highest passer rating (128.4) in the NFL. The Packers QB has seen explosive results in the passing game, averaging 8.7 yards per attempt, fourth-best in the league.

Green Bay will also get a massive boost as Davante Adams is set to return to an already potent offense.

This one is being deemed a must-win for the 49ers, who enter this game as the NFC West’s basement dwellers at a disappointing 2-3. If San Francisco were to fall to 2-4, it could spell real trouble for their postseason chances.

The Red & Gold’s defense has been their squad’s strongest group through five games, allowing the third-fewest passing yards per game (215.6) and fifth-fewest total yards per game (323.0) in the NFL. Their passing defense hasn’t just been stout in terms of passing yards alone, as they’ve locked down opposing receivers to the tune of just six total passing touchdowns allowed, tied for the third-fewest in the league.

Cowherd believes this is the most important game of the season for a desperate San Francisco squad and believes they’ll win outright.

Related Bets Worth a Look

Since you’ll have your eye on the two Pennsylvania teams anyway, why not take an opportunity to double your money? FOX Bet is running a Super Boost with a Pittsburgh and Philadelphia flair. You can throw down a max bet of $10 on Ben Roethlisberger and Carson Wentz to each throw 1 or more touchdowns for a $20 payout.

This one is only for new users to FOX Bet, but it’s really simple to take advantage of:

For bettors in New Jersey, FOX Bet is offering the $50 in free bets as a single $50 free bet to use on a future wager. To access the free bet in the future, just place a wager and it’ll show up in your bet slip. 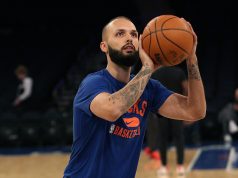 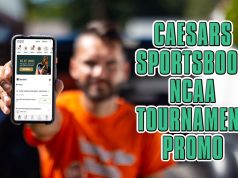