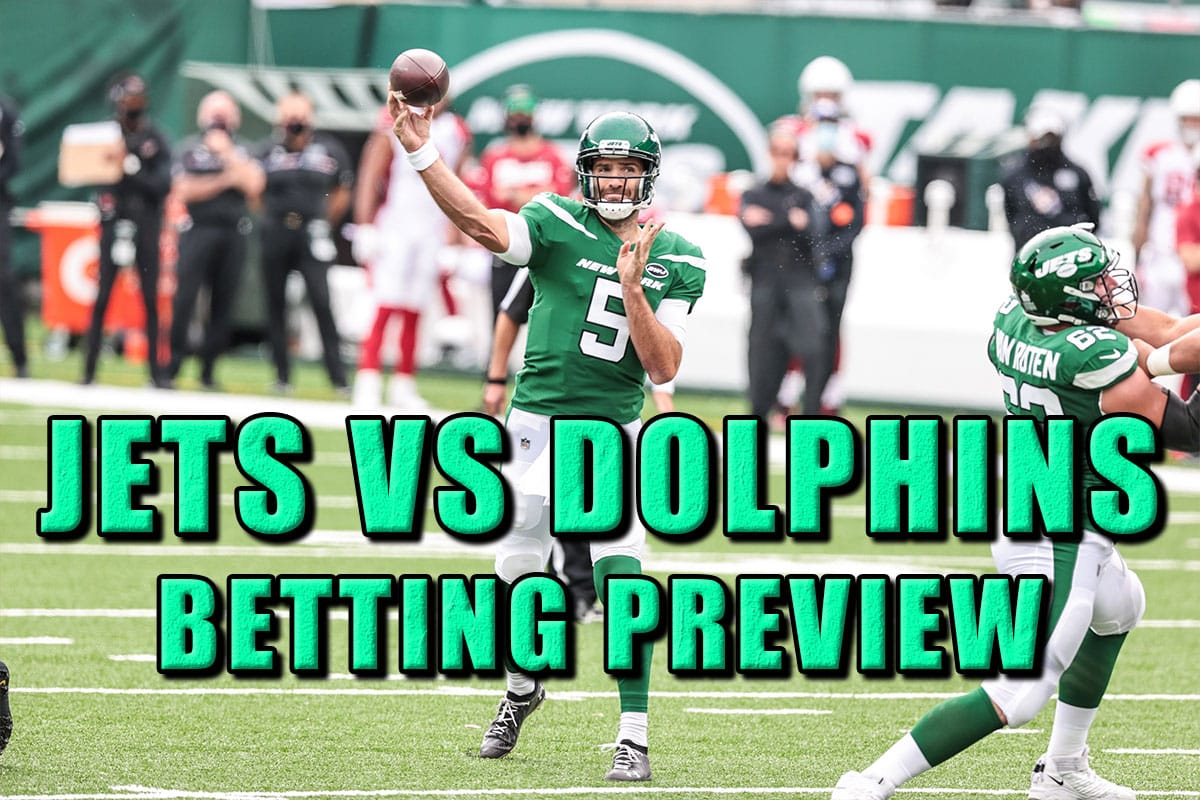 Needless to say, this is not exactly an ideal season for the New York Jets thus far. They’ve begun the year 0-5 and head into Sunday’s matchup without quarterback Sam Darnold, who’s missing his second straight game with a shoulder injury.

Unfortunately, the losing may continue for Gang Green this weekend. The Jets travel to Miami to take on the division-rival Dolphins, who are coming off a big 43-17 win over the 49ers and are favored by a wide margin in this matchup.

While the Jets could be headed toward a winless season, the Dolphins carry great momentum after a blowout victory, which is why I’d take Miami with the spread as well as on the moneyline.

Why You Should Bet The Dolphins

Abiding by the above information and statistics, there’s no reason to believe the Dolphins won’t be able to oust their division rivals by at least 10 points. Not doing so would actually be a moral loss for the Dolphins, considering they’re going up against a seasoned veteran in Joe Flacco along with a team that no longer employs three-time Pro Bowl running back Le’Veon Bell.

If the Dolphins keep doing what they’ve been doing on either side of the ball and carry that momentum over from their big Week 5 win, they shouldn’t have any significant issues covering the spread against the Jets.

The Dolphins Moneyline (-420) Is Also a Lock

Per DraftKings Sportsbook, the Dolphins enter this game at -420 on the moneyline in comparison to +350 for the Jets. Despite the risk ($420 to earn a profit of $100), I’d still place my bet on the Dolphins to win outright.

Again, the Jets are a putrid ballclub who may indeed possess zero hope to win any game this year, while the Dolphins could emerge as a darkhorse Wild Card team. The Dolphins have been more productive than the Jets on either side of the ball, and the latter organization employs next-to-no eye-popping talent on the offensive end.

No Darnold, Bell is now in Kansas City, and rookie tackle Mekhi Becton is dealing with a shoulder injury and will likely sit out on Sunday. Thus, expect the Dolphins defense to really step up and provide the pressure, which should lead to this Ryan Fitzpatrick-led offensive unit not needing to do too much in order to win.

Bet the Dolphins (or Jets) moneyline with DraftKings Sportsbook here.

Take the Under, Too

While the Dolphins are scoring an average of 27.2 points per game (tied for 13th), I truly don’t believe the Jets will put enough points up on the board for this over to hit. Fifteen points per contest is such a minuscule amount, and given the injury to Darnold, the Dolphins may need to score at least 35 for the total to exceed 47.

Despite the Jets’ struggling defense, there’s not a massive chance of that occurring in my opinion, considering the Dolphins have scored that much just once in 2020.

I say this game has the potential to carry a final score of 28-6, with the Dolphins emerging victorious to get to .500 on the year. And if Miami feels comfortable, maybe throw in Tua Tagovailoa in garbage time? That’s additionally something to think about ahead of Sunday.