UFC returns this Saturday with one of the best top-to-bottom cards we’ve seen in the promotion’s history, so let’s break it all down with our complete UFC 249 betting preview.

The byproduct of the COVID-19 pandemic, with numerous events being postponed, cancelled, and/or rescheduled, is eight weeks’ worth of fights are now all appearing on a single card.

In fact, Saturday’s undercard could very well stand alone as a single event, and the early preliminary fights are absolutely worth watching as well. There’s no filler on this card. None at all.

Sports fans have been waiting for UFC 249, and, needless to say, so have online sportsbooks. In anticipation for the first high-profile sports betting event since early March, top online shops are bringing it when it comes to promo offers.

New players at DraftKings Sportsbook can sign up to receive up to $1,000 in free bets right off the bat before taking advantage of the fight promo – a 20% profit boost on any UFC 249 event.

The bet, which capped at $50, allows new and current users to apply a 20% profit boost option prior to locking in their wagers. If the bet is a winner, the bonus will be applied at payout. Best of all, it applies to any of Saturday night’s fights and includes both pre-event, live, and parlay markets.

FOX Bet gained strong notoriety when it burst onto the scene in NJ and PA ahead of the 2019 football season.

FOX Bet offers new players a $500 risk-free first bet and has a special UFC 249 offer. Players in PA can also bet up to $500 risk-free on Tony Ferguson or Justin Gaethje by clicking here.

Bettors in NJ can get the same offer by clicking right here.

The action will take place in Florida, at Jacksonville’s VyStar Veterans Memorial Arena. Spectators will not be in the building, broadcasters will sit at separate tables, and crew members ” will wear personal protective equipment, including N95 masks and gloves,” according to ESPN. Similar to the opening of the German soccer league and Korean baseball league, UFC 249 could provide a blueprint for other sports to work from if Dana White can pull off Saturday’s event without a hitch.

Let’s down go the list from top to bottom and preview Saturday’s action.

Tony Ferguson vs. Justin Gaethje (for the interim lightweight belt)

Bummer that Ferguson vs. Khabib Nurmagomedov was scrapped again. It makes you wonder if we’ll ever see that fight.

Instead, Ferguson was given another interim title bout, this one against #4 lightweight contender Justin Gaethje.

It’s a relatively straightforward fight to break down. Ferguson is the more dynamic fighter, a quirky guy with an incredibly unique and diverse skill set. He can strike at range, throws a nasty push kick and elbows, and has a very good submission game. He’s entirely unpredictable and fights with a style that I’d describe as part break dancing, part Muay Thai, and part totally random shit that he comes up with on the fly. Ferguson opponents say he’s difficult to read because of his unorthodox approach.

Gaethje is straight-up brawler and ended his two-fight losing streak with three-straight first round knockouts. He’s incredibly powerful and has become a smarter fighter over the last two years, showing more restraint and patience instead of diving head-first into the slugfests you saw against Eddie Alvarez and Dustin Poirier.

Ferguson has won 12 fights in a row, and is the favorite here, but he hasn’t fought anybody with Gaethje’s raw power in quite some time, so he has to be careful. When determining how to bet UFC 249’s main event, consider that both fighters take a lot of damage during their fights, and while Tony was fine receiving shots from Cowboy Cerrone and Anthony Pettis, Gaethje hits much harder.

Henry Cejudo (C) vs. Dominick Cruz (for the bantamweight title)

The former two-time bantamweight champion, Cruz hasn’t fought since 2016, when he lost the belt to Cody Garbrandt. He’s 35 years old and I honestly have no idea what to expect from him after four years outside of the octagon. He has, however, looked very good on two separate occasions when he faced similarly long layoffs.

Cejudo is on a tear, having won the flyweight title in 2018 and then claiming the bantamweight belt in 2019 to become double-champ. His three straight wins over Marlon Moraes, T.J. Dillashaw, and Demetrious Johnson is as good of a streak as you’ll see, and he’s been fighting at a very high level since turning a corner against Wilson Reis back in 2017. It’s not a stretch to say he’s one of the promotion’s most confident fighters at this point in time.

This one should be an absolute barn burner, with two of the UFC’s heaviest hitters slugging it out. In fact, this fight may be the biggest toss up when determining how to bet UFC 249.

Ngannou is on a three-fight knockout streak, looking much more like himself after an incredibly passive and bizarre decision loss to Derrick Lewis. Rozenstruik most recently was outclassed by Alistar Overeem for five rounds before pulling off an incredible knockout with just four seconds remaining on the clock, a win that improved his record to 10-0.

Both of these guys are stand up fighters with brute strength, and I’d be stunned if this thing went the distance.

A good featherweight matchup between the hard-hitting Stevens and precise Kattar, who has some of the quickest hands in the division.

Both guys are coming off losses, with Kattar dropping a decision to Zabit Magomedsharipov in Russia. He started to come on very strong towards the end of the fight and may have won if that bout was five rounds instead of three. Stephens has dropped three straight and most recently went the distance against Yair Rodriguez in a bad blood bout that was rescheduled after the original fight between the two was stopped due to an eye poke just 15 seconds in.

He’s had an interesting MMA career thus far, with five knockouts, one disqualification for illegal knees, a no-contest result after using an inhaler, and a decision loss to Alexander Volkov. He really has not faced genuine competition outside of Volkov, and took that fight on short notice (on the opponent’s home soil), but he’s slowly evolving as a mixed martial artist.

De Castro came through Dana White’s Contender Series and made his debut with a knockout of Justin Tafa in October. Should be a pretty even matchup, and De Castro is more in line with the type of opponent Hardy should be facing right now. 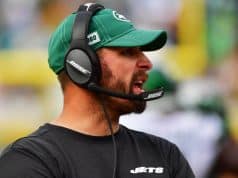 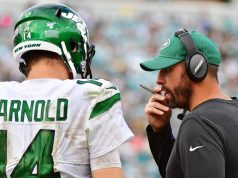 The Jets-Patriots Under is an Absolute Lock 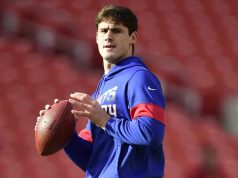 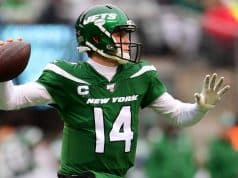 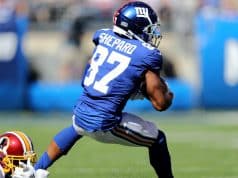 Take the Giants with the Spread over Washington at all Costs 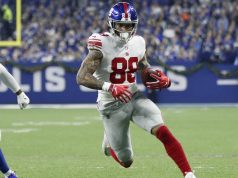 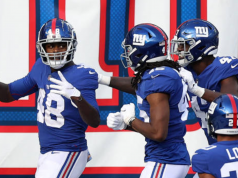 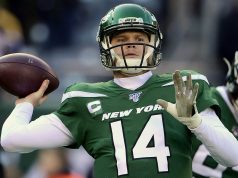 Jets vs. Patriots Opening Line: Jets Are Underdogs Once Again 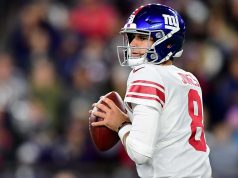 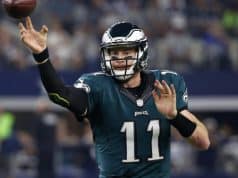